ESA Science & Technology - Occultation of a star by Triton

Occultation of a star by Triton

Occultation of a star by Triton 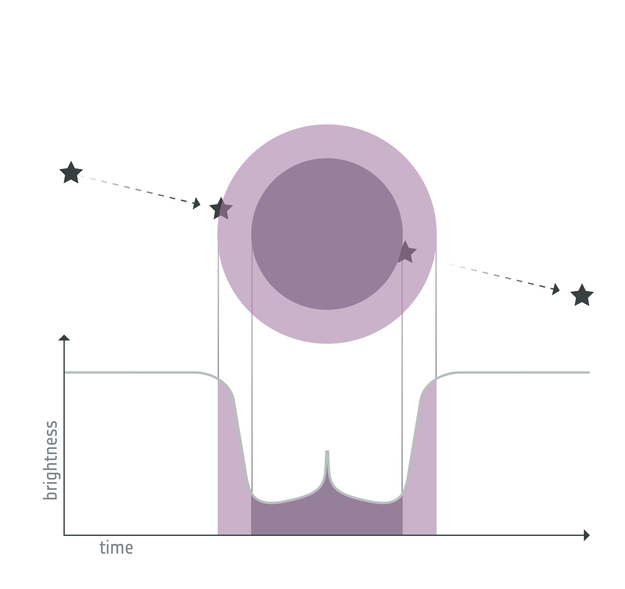 On 5 October 2017, Neptune's moon Triton will pass in front of a star, providing an opportunity for astronomers to study that moon's atmosphere.

Taking advantage of improved measurements of the star's position, provided by Gaia, the Lucky Star team has coordinated a campaign to observe this occultation.

This cartoon indicates how the measured brightness of the star varies as the relative positions of the moon and star change. Under the right observing conditions, the change in brightness due to the moon's atmosphere can also be detected, which can lead to insight into the density, pressure and temperature profiles of the atmosphere.

To get the best data from the occultation, astronomers have to be on the central track. This is where the alignment between the Earth, Triton and the star is perfect. At this point, astronomers get to see a 'central flash'. This momentary brightening occurs because the atmosphere of Triton acts like a lens that focuses the starlight to Earth. This gives access to the deepest possible atmospheric layers, just a few kilometres above the surface.