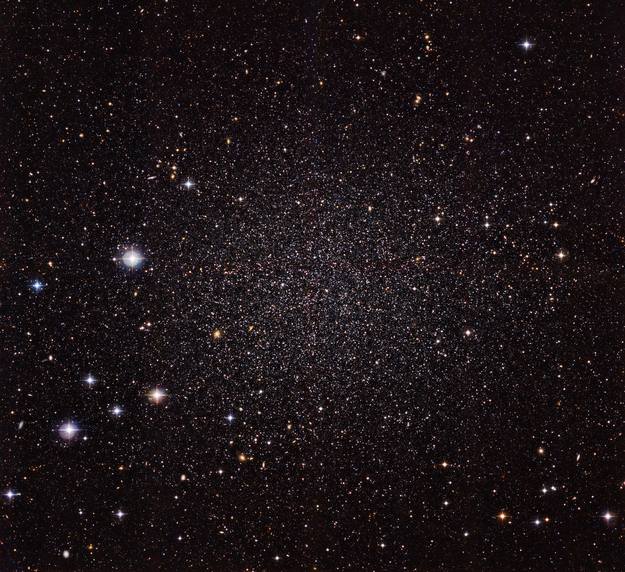 The Sculptor dwarf galaxy, a satellite of our Milky Way, imaged with the Wide Field Imager camera on the 2.2-metre MPG/ESO telescope at ESO's La Silla Observatory in Chile.

Located around 300 000 light years away, it was the first dwarf galaxy to be discovered around the Milky Way by astronomer Harlow Shapley in 1937.

Astronomers have been looking at stars in dwarf galaxies for decades, striving to reconstruct their origin and to uncover the past history of our Galaxy and its environment.

Based on the combination of data taken twelve years apart by ESA's Gaia mission and the NASA/ESA Hubble Space Telescope, a team of astronomers have pinned down for the first time the three-dimensional motions of individual stars in the Sculptor dwarf galaxy, shedding new light on the underlying distribution of invisible dark matter that pervades the galaxy.

Stellar motions in nearby galaxy hint at underlying dark matter