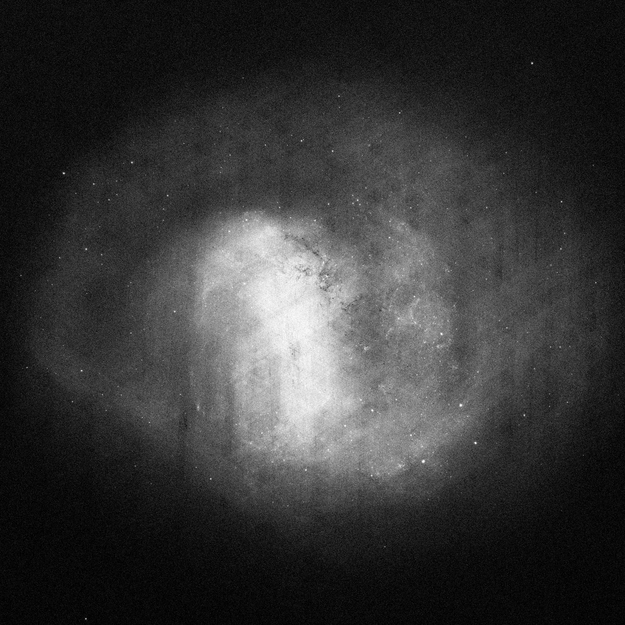 The Large Magellanic Cloud (LMC), one of the nearest galaxies to our Milky Way, as viewed by ESA's Gaia satellite after its first 14 months of operations. This view is not a photograph but was compiled by mapping the total density of stars detected by Gaia in each pixel.

The image shows the large scale distribution of stars in the LMC, clearly delineating the full extent of the spiral arms. It is peppered with bright dots – faint clusters of stars – and presents a series of diagonal stripes along the central thick structure, or bar, which are an artefact caused by Gaia's scanning procedure and will gradually decrease as more data are gathered throughout the lifetime of the mission.

A complementary view of the LMC, created by mapping the total amount of radiation, or flux, recorded per pixel by Gaia, is available here.