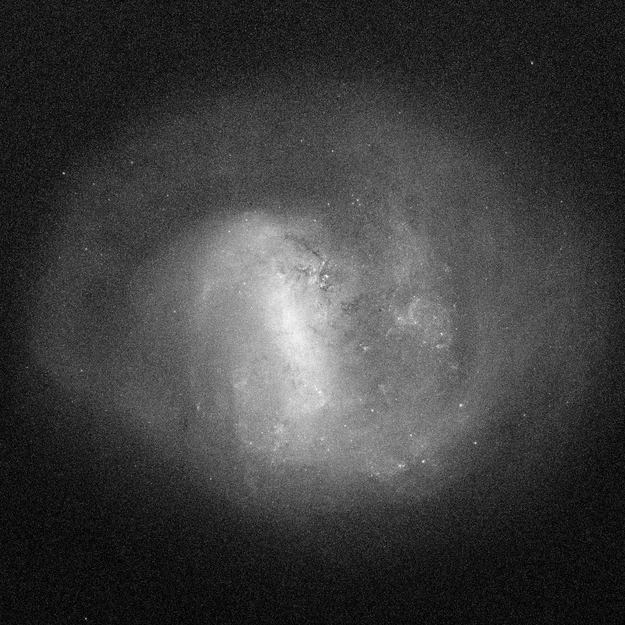 The Large Magellanic Cloud (LMC), one of the nearest galaxies to our Milky Way, as viewed by ESA's Gaia satellite after its first 14 months of operations. This view is not a photograph but was compiled by mapping the total amount of radiation, or flux, recorded by Gaia in each pixel of the image.

The image is dominated by the brightest, most massive stars, which greatly outshine their fainter, lower-mass counterparts. In this view, the bar of the LMC is outlined in greater detail, alongside with individual regions of star formation like the bubbling 30 Doradus, visible just above the centre of the galaxy.

A complementary view of the LMC, created by mapping the total density of stars detected by Gaia in each pixel, is available here.