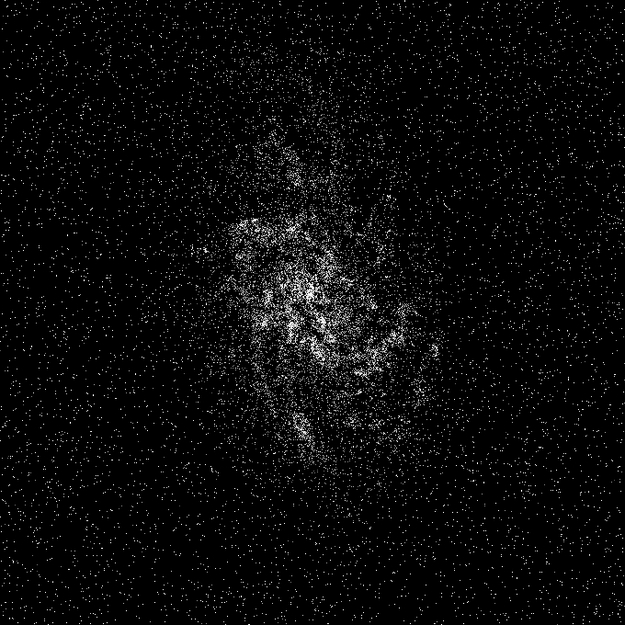 The Triangulum galaxy, or M33, a galactic neighbour to our Milky Way, as viewed by ESA's Gaia satellite after its first 14 months of operations. This view is not a photograph but was compiled by mapping the total amount of radiation, or flux, recorded by Gaia in each pixel of the image.

The image mainly depicts the bright end of the stellar population of the galaxy, tracing out the regions of most intense star formation.

A complementary view of the Triangulum galaxy, created by mapping the total density of stars detected by Gaia in each pixel, is available here.