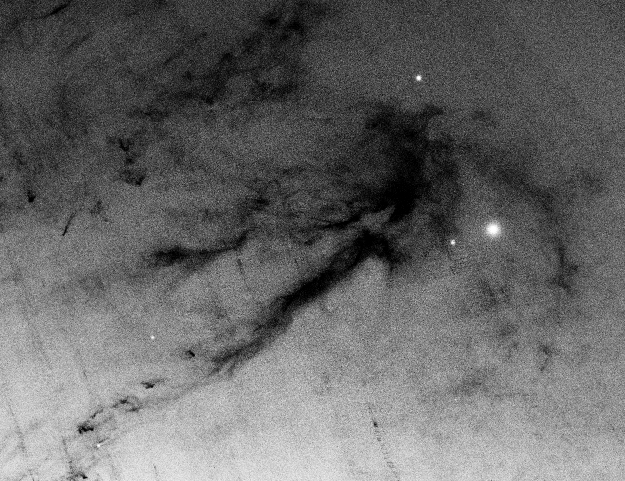 The Rho Ophiuchi complex, a large stellar nursery in the constellation Ophiuchus, the Serpent Bearer, as viewed by ESA's Gaia satellite after its first 14 months of operations. This view is not a photograph but was compiled by mapping the total amount of radiation, or flux, recorded by Gaia in each pixel of the image.

The image is dominated by the brightest, most massive stars; in some spots, these stars outshine their less bright, lower-mass counterparts. Five bright stellar clusters are also visible: the brightest one, towards the right of the frame, is the globular cluster M4.

A complementary view of Rho Ophiuchi, created by mapping the total density of stars detected by Gaia in each pixel, is available here.

Gaia's view of a dark nebula in Rho Ophiuchi