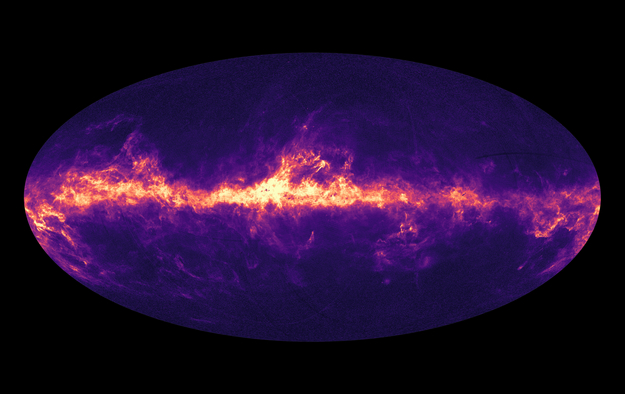 An all-sky view of the interstellar dust that fills our Milky Way Galaxy, based on observations performed by ESA's Gaia satellite between July 2014 to May 2016.

Interstellar dust intervening between a star and an observer both dims the starlight and makes it appear redder. These phenomena are known as extinction and reddening, respectively. As part of Gaia's second data release, astronomers have estimated the effect of extinction and reddening on 87 million stars surveyed by the satellite. This information is crucial to estimate the true brightness and colour of stars.