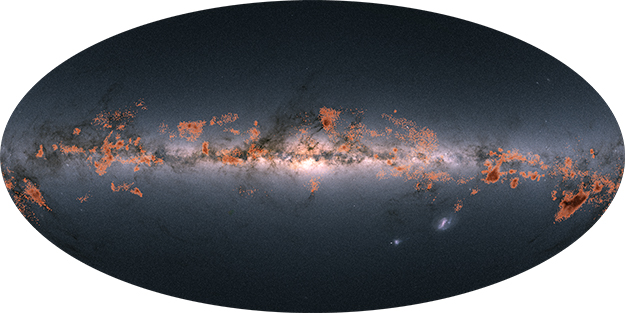 This image shows a view of stellar 'families' – clusters and co-moving groups of stars in the Milky Way – identified using data from the second data release of ESA's Gaia mission. Families younger than 30 million years are highlighted in orange, on top of an all-sky view based on Gaia observations.