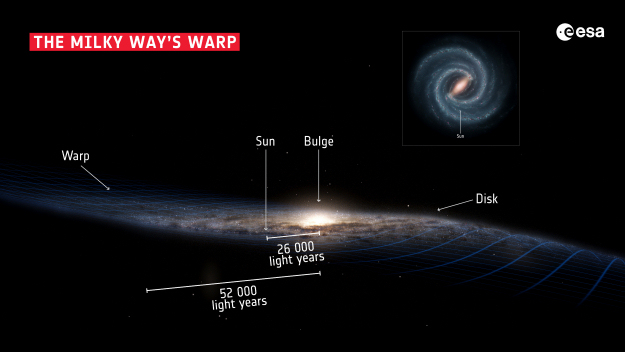 The structure of our galaxy, the Milky Way, with its warped galactic disc, where the majority of its hundreds of billions of stars reside. Data from ESA's star-observer Gaia recently proved that the disc's warp is precessing, essentially moving around similarly to a wobbling spinning top. The speed of the warp's rotation is so high that it must have been caused by a rather powerful event, astronomers believe, perhaps an ongoing collision with another, smaller, galaxy which sends ripples through the disc like a rock thrown into water.