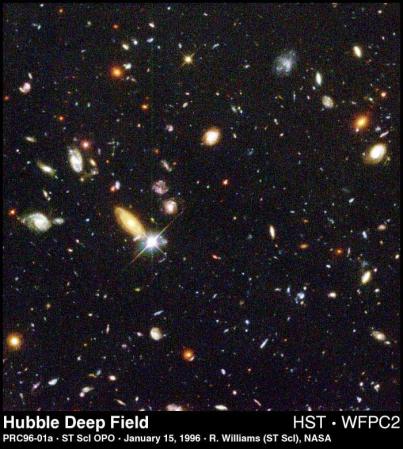 The famous 1995 image of the Hubble Deep Field. By analysing the galaxies revealed here, astronomers made their first estimates of the history of star formation in the Universe. However, there are many stars that cannot be seen on this image because dust clouds hide them from view. ESA's Herschel mission will see them, providing a more accurate determination of the amounts of stars that have formed in the Universe.