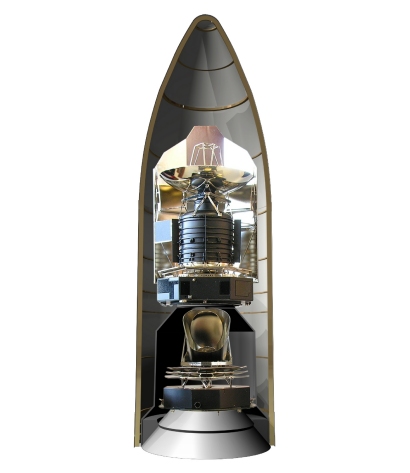 Herschel will be launched on an Ariane-5 rocket from the Guyana Space Centre, Kourou, French Guyana, in July 2008. It will be part of a shared launch, along with ESA's Planck spacecraft. Shortly after launch the two spacecraft will separate and proceed independently to different orbits around the second Lagrange point of the Earth-Sun system (L2). The Ariane-5 launcher will burn its solid boosters for slightly less than 2.5 minutes and its main and upper stage engines for about 25 minutes to inject Herschel and then Planck into transfer trajectories bound for L2.