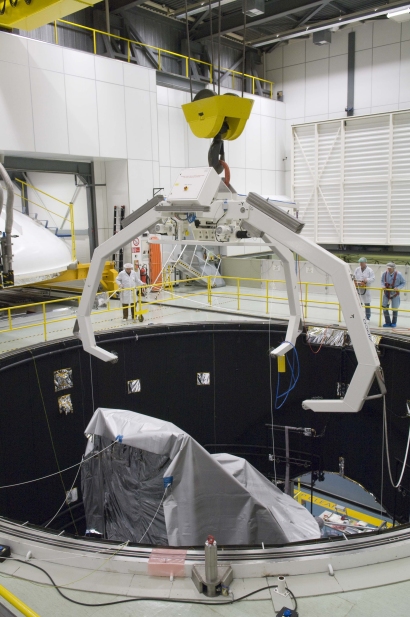 In December 2008, the Herschel flight model spacecraft successfully completed the last series of environmental tests inside the Large Space Simulator (LSS). On 8 January 2009 Herschel was removed from the LSS. Seen here is the Herschel Vertical Lifting Device (HVLD) which, attached to an overhead crane, is lowered over the spacecraft to allow the three arms of the HVLD to be fastened to Herschel. With the spacecraft secured to the HVLD Herschel was later lifted out of the LSS.
View »
30-Nov-2021 15:19 UT