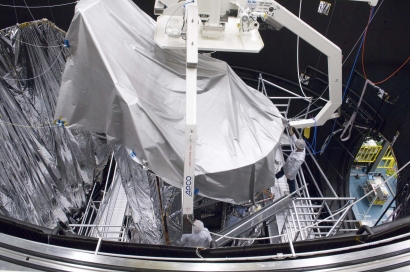 This image is a top view of the spacecraft in the LSS, with the three arms of the Herschel Vertical Lifting Device (HVLD) being attached to the spacecraft. The overhead crane later lifted Herschel out of the LSS.

The telescope is covered by a protective foil to protect the contamination sensitive surface of the telescope's primary mirror.