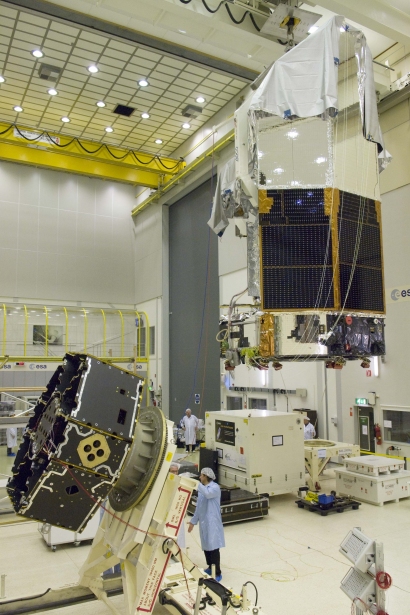 On 8 January, after its removal from the LSS earlier that day, the Herschel flight model spacecraft is transferred across the cleanroom by an overhead crane to be placed on top of the flight adapter of the Ariane 5 launcher for a fit check.

In the foreground stands the LISA Pathfinder spacecraft that was in the same cleanroom at ESTEC. It is currently undergoing different tests as part of the spacecraft's system level mechanical verification.