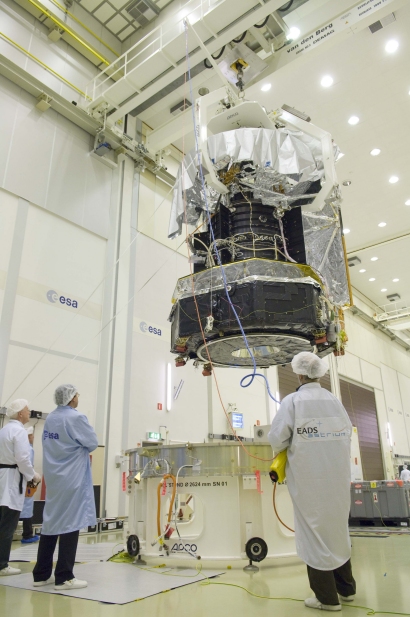 On 8 January, after its removal from the LSS earlier that day, the Herschel flight model spacecraft is transferred across the cleanroom by an overhead crane to be placed on top of the flight adapter of the Ariane 5 launcher for a fit check.

The flight adapter (metal ring) is seen in the foreground resting on a ground support stand. The Herschel telescope is covered by a protective foil to protect the contamination sensitive surface of the telescope's primary mirror.