Inspecting the Herschel spacecraft as the transport container is opened

Inspecting the Herschel spacecraft as the transport container is opened 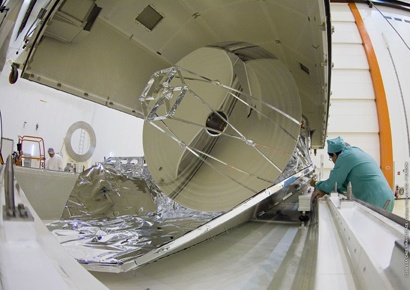 The Herschel spacecraft is inspected as the transport container is opened at the Centre Spatial Guyanais (CSG), Kourou. Herschel was flown by Antonov cargo airplane from Amsterdam Airport Schiphol, The Netherlands, to Rochambeau airport, French Guiana, arriving in the early hours of the morning of 12 February 2009. It was then transported by road to CSG where it was prepared for launch.
View »
27-Jan-2023 15:29 UT