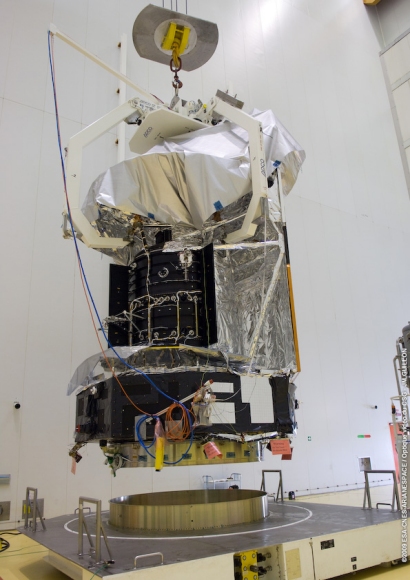 The Herschel spacecraft, with the launcher adapter ring integrated to the base of its service module, is lifted up inside the final assembly building (Bâtiment d'Assemblage Final, or BAF) for mating of the spacecraft on top of the Ariane 5 ECA launcher in the adjacent high bay.

Directly underneath the spacecraft stands the pallet of the transport container with the raising cylinder, on top of which the spacecraft had been secured through the launcher adapter ring during its transport to the BAF.