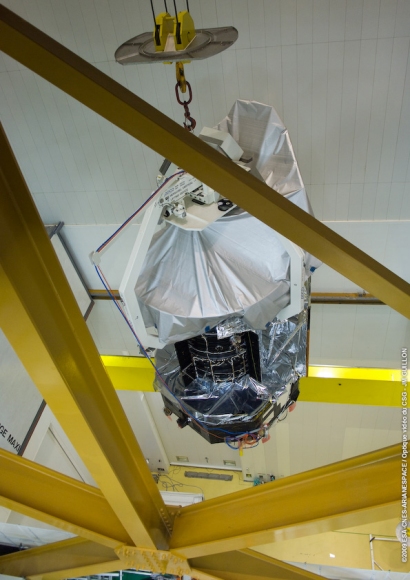 This image is taken from the access platform inside the high bay that surrounds the launcher at the level where the Herschel spacecraft is to be integrated, looking down on the spacecraft as it enters the high bay through shaft opening of the BAF airlock below.

The Herschel telescope is covered by a protective foil to protect the contamination sensitive surface of the telescope's primary mirror.