Lowering the Herschel spacecraft onto the Ariane 5 ECA launcher

Lowering the Herschel spacecraft onto the Ariane 5 ECA launcher 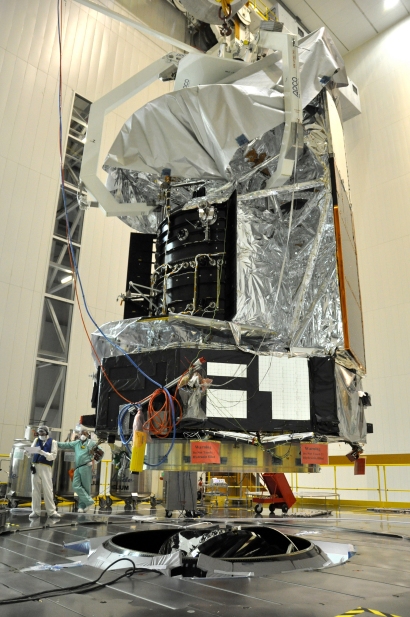 The Herschel spacecraft is lowered into place on top of the SYLDA 5 support structure at the top of the Ariane 5 ECA launcher inside the final assembly building (Bâtiment d'Assemblage Final, or BAF).

In this image the top of the Planck telescope is visible. The remainder of the SYLDA 5 support structure is hidden from view by the movable access platform that surrounds it at the top.