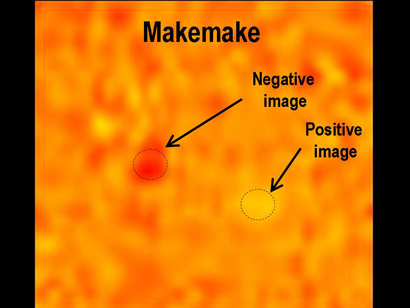 The dwarf planet Makemake was observed by SPIRE during the science demonstration phase. This very faint and cold object was detected by making a difference image: by taking images 44 hours apart and subtracting the "before" image from the "after" image, the background sky is removed. Makemake, having moved in the intervening time, appears twice in the resulting image: once as a "negative image" and again as a "positive image".
View »
29-Sep-2022 18:17 UT