Water lines toward an intermediate-mass protostar in NGC 7129

Water lines toward an intermediate-mass protostar in NGC 7129 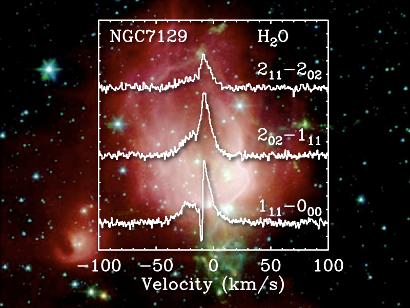 This HIFI spectrum shows water lines toward an intermediate-mass protostar in the NGC 7129 region. The spectrum is superimposed on a Spitzer image of the region.

Details of the study from which the spectrum is taken can be found in the paper of Johnstone et al., (in preparation) to appear in a special issue of Astronomy & Astrophysics dedicated to first scientific results from HIFI.