A 'fluffy' aggregate of dust grains

A 'fluffy' aggregate of dust grains 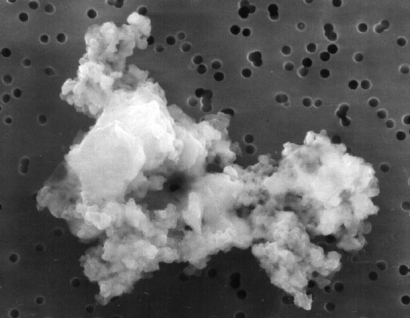 This image shows an interplanetary dust particle (IDP) that was collected in the stratosphere of the Earth with an airborne experiment. With a size of about 10 micron across, this is an example of fluffy dust aggregates, large conglomerates of small dust grains with lots of empty space in the structure.

Fluffy dust aggregates in the Solar System are known to arise from collisions between comets, not asteroids. Observations of the debris disc around the young star Fomalhaut, performed with ESA's Herschel Space Observatory and the NASA/ESA Hubble Space Telescope, suggest that this debris disc contains fluffy dust, which likely derives from cometary collisions, too.