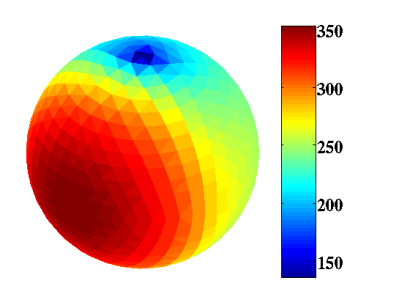 Temperature coded (in Kelvin) spherical shape model used for the thermal analysis of Apophis, based on data from the new Herschel observations. Note that this is a model; indications from previous lightcurve observations in 2005/06 suggest that Apophis could be elongated, which will be confirmed by ground-based observations (including lightcurves and radar images) obtained in the coming month.