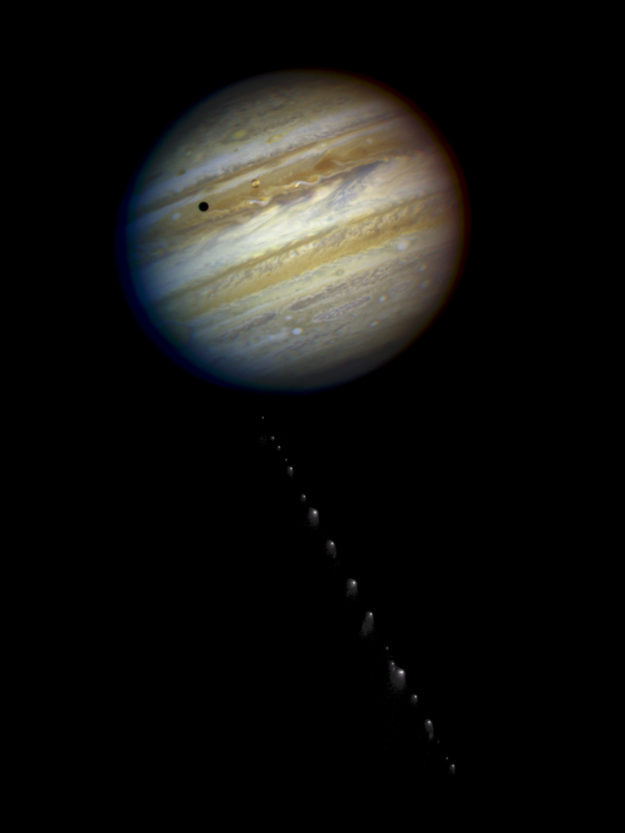 This is a composite photo, assembled from separate images of Jupiter and comet Shoemaker-Levy 9, as imaged by the NASA/ESA Hubble Space Telescope in 1994.

Comet Shoemaker-Levy 9 was discovered by astronomers Carolyn and Eugene M. Shoemaker and David Levy on 24 March 1993. It was the first comet observed to be orbiting a planet – in this case, Jupiter – rather than the Sun. The effect of Jupiter's tidal forces had already torn the celestial body apart and, eventually, the fragments collided with Jupiter between 16 and 22 July 1994.