Jupiter after the impact of comet Shoemaker-Levy 9 in 1994

Jupiter after the impact of comet Shoemaker-Levy 9 in 1994 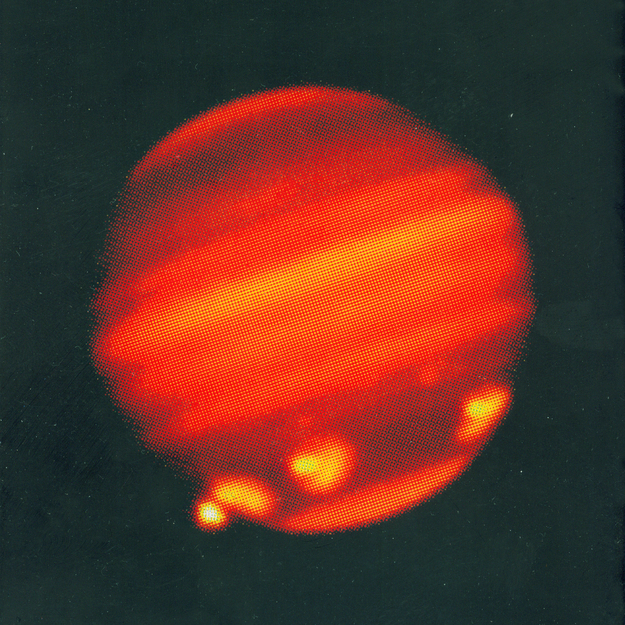 This image shows Jupiter after its impact with comet Shoemaker-Levy 9, which hit the planet at intermediate southern latitudes in July 1994. The image was taken on 20 July 1994 at near-infrared wavelengths with the infrared camera MAGIC at the 3.5-m telescope at the German-Spanish Calar Alto Observatory. At the lower left rim of the planet, the explosion cloud produced by the impact of one of the last fragments of the comet can be seen. The bright spots to its right are the hot traces left by impacts of other fragments.

Comet Shoemaker-Levy 9 was discovered by astronomers Carolyn and Eugene M. Shoemaker and David Levy on 24 March 1993. It was the first comet observed to be orbiting a planet – in this case, Jupiter – rather than the Sun. The effect of Jupiter's tidal forces had already torn the celestial body apart and, eventually, the fragments collided with Jupiter between 16 and 22 July 1994.