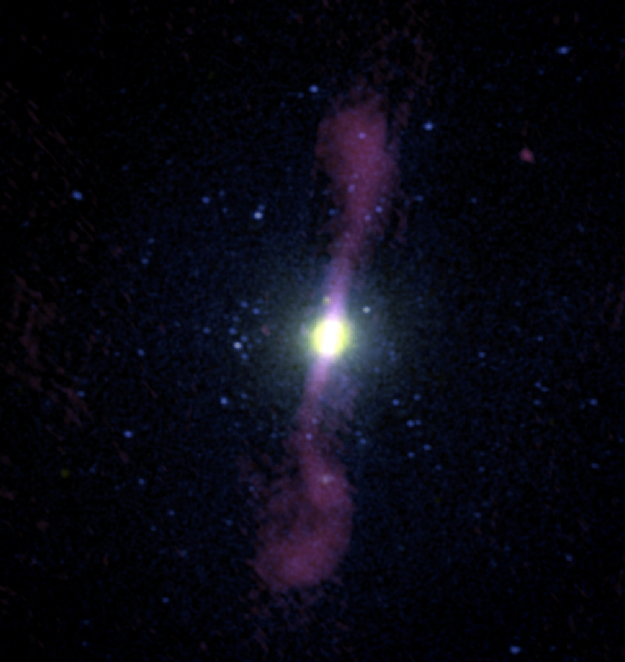 This image shows a composite view of the giant elliptical galaxy NGC 1399.

The stellar component, as observed at optical wavelengths, is shown in white at the centre of the image.

The galaxy is embedded in a hot atmosphere of ionised hydrogen gas, which is shown in blue. With temperatures up to tens of millions of K, the hot gas shines brightly in X-rays and was observed using NASA's Chandra X-ray Observatory.

Two powerful jets of highly energetic particles stem from the core of the galaxy. The jets can be observed at radio wavelengths and are shown in violet in this image. The radio observations were performed with NRAO's Very Large Array (VLA).

A team of astronomers has observed NGC 1399 and other nearby giant elliptical galaxies using ESA's Herschel Space Observatory, to try to figure out why galaxies of this type do not form stars. Spectroscopic observations obtained with Herschel showed that, contrary to previous belief, most of these galaxies contain plenty of cold gas – the raw material to form stars – except NGC 1399 and another one.