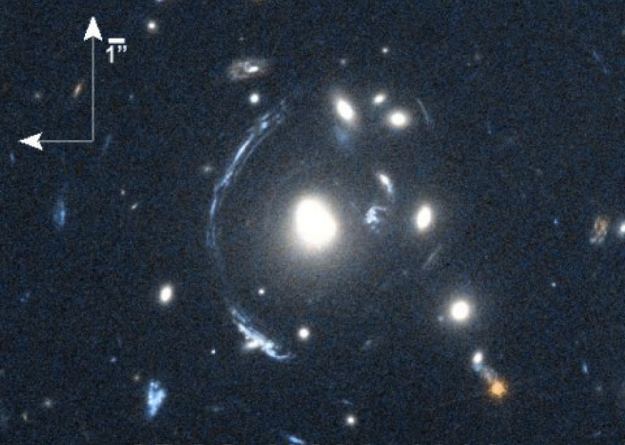 The young galaxy SDSS090122.37+181432.3, also known as S0901, is seen here as the bright arc to the left of the central bright galaxy. The distorted view of S0901 is caused by gravitational lensing, resulting from one or more galaxies that lie between the observer and S0901. Although one effect of lensing is to distort the image, another effect is to magnify the light of the lensed object; this effect was used to enable scientists to study S0901 with Herschel's HIFI instrument.

This image was obtained between 7 and 10 May 2010 using the Wide Field Camera 3 on the NASA/ESA Hubble Space Telescope, as part of the "High-resolution imaging of three new UV-bright lensed arcs" programme led by Sahar Allam.