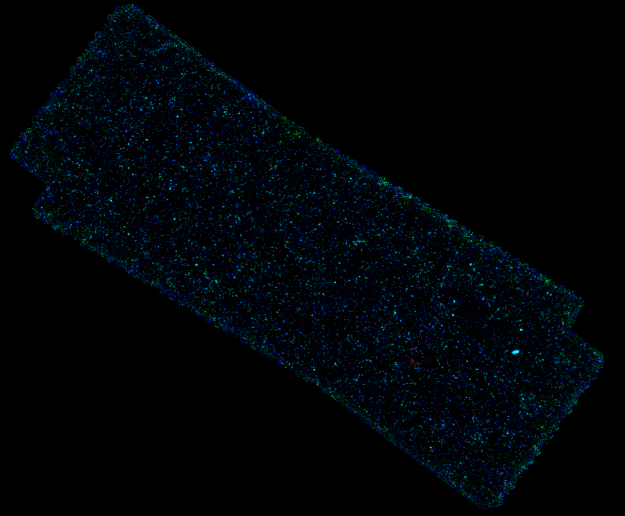 The image combines data collected at 350 micron (blue) and 500 micron (green). Follow-up observations were performed around the potentially interesting source at 870 micron with the Atacama Pathfinder Experiment (APEX) and are shown in red.

Further observations obtained with the Atacama Large Millimeter/submillimeter Array (ALMA) at higher resolution revealed that ADFS-27 consists not just of one ancient, massive galaxy, but of a pair of distinct massive galaxies about to merge.