ALMA's view of two merging galaxies in the early Universe

ALMA's view of two merging galaxies in the early Universe 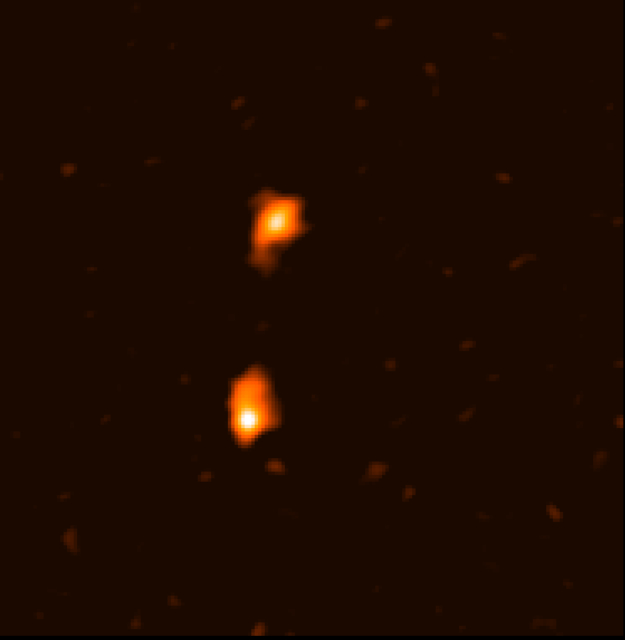 This image shows two merging galaxies in the ADFS-27 system as viewed by the Atacama Large Millimeter/submillimeter Array (ALMA). The galaxies, each roughly as massive as our Milky Way, were informally dubbed the 'Horse' (top) and the 'Dragon' (bottom).

Later, the high-resolution ALMA observations revealed that the system consists not just of one ancient, massive galaxy, but of a pair of distinct massive galaxies about to merge.