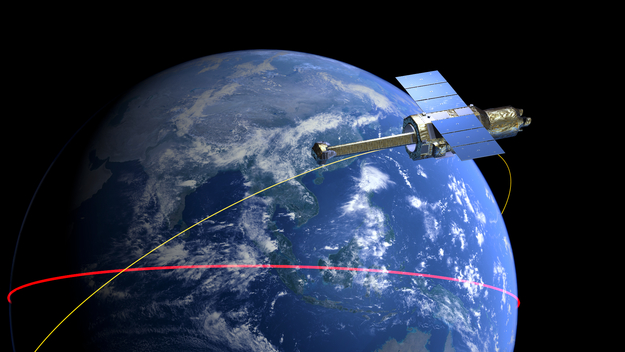 Artist's impression of the Hitomi satellite in orbit.

It was launched on 17 February 2016 on an H-IIA rocket, which placed it in a circular low-Earth orbit, with an altitude of about 575 km and an inclination of 31°. The yellow curve indicates the satellite's orbit, while the red curve indicates the Earth's equator.

Covering the energy range between 0.3 and 600 keV, Hitomi will study the dynamics of hot gas in galaxy clusters, the accretion of matter onto supermassive black holes at the cores of distant galaxies, and the acceleration of cosmic-ray particles up to very high energies.