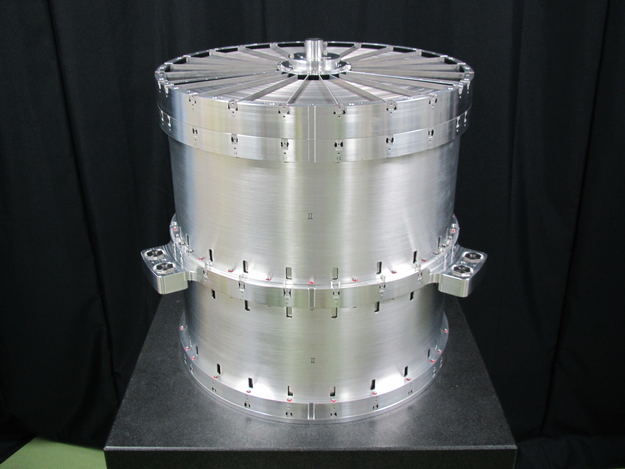 This photo shows one of the two Hard X-ray Telescopes on the Hitomi satellite.

The mirror systems employed in these telescopes are conically approximated Wolter I grazing incidence optics – the type of mirrors used to focus high-energy radiation such as X-rays. These telescopes are quite different from those used for optical astronomy: in order to be reflected (rather than absorbed) by a mirror, X-rays must barely graze its surface, hitting it at a very small angle, typically 1° or even less.

This telescope contains 212 conical shells coated in reflecting material, nestled into one another to make the total reflecting surface as large as possible. It has a focal length of 12 m, making use of a 6-m extendable boom that will be deployed once in orbit.