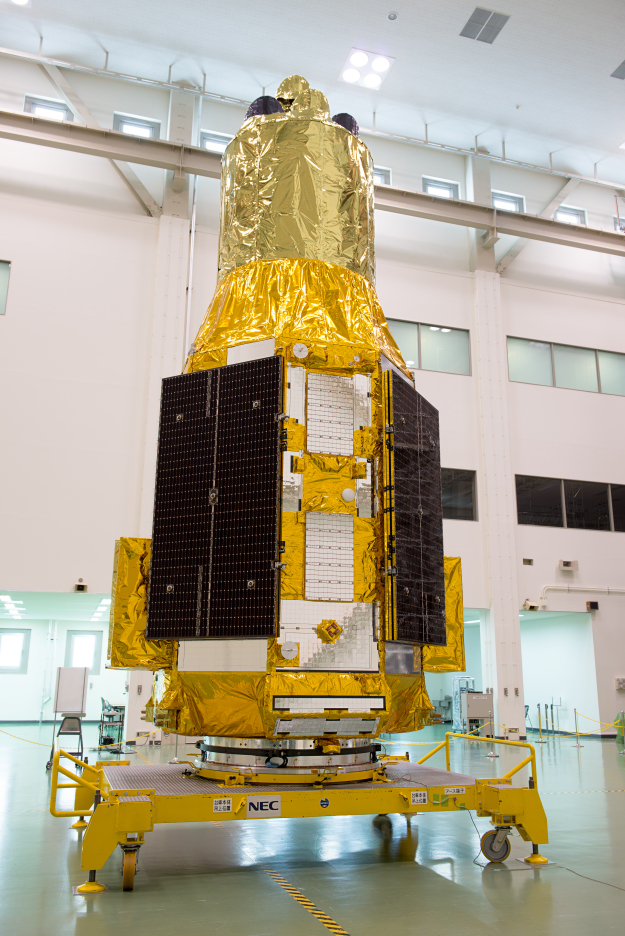 This photo shows Hitomi (known as ASTRO-H prior to launch), a high-energy astrophysics space observatory, developed by the Japan Aerospace Exploration Agency (JAXA) in collaboration with institutions in Japan, the US, Canada, and Europe.

Designed to study some of the most powerful phenomena in the Universe by probing the sky in the X-ray and gamma ray portions of the electromagnetic spectrum, Hitomi will investigate extreme cosmic environments ranging from supernova explosions to supermassive black holes at the centres of distant galaxies, and the hot plasma permeating huge clusters of galaxies. It was launched on 17 February 2016 on an H-IIA rocket from the Tanegashima Space Center, situated on a small island in the south of Japan.

ESA partly funded elements of the four science instruments, provided three European scientists to serve as science advisors, and contributed one scientist to the operation team in Japan. In return for ESA's contribution, European scientists will be able to compete for about 8% of the observational time.

This photograph was taken on 27 November 2015 at the Tsukuba Space Center, Japan.