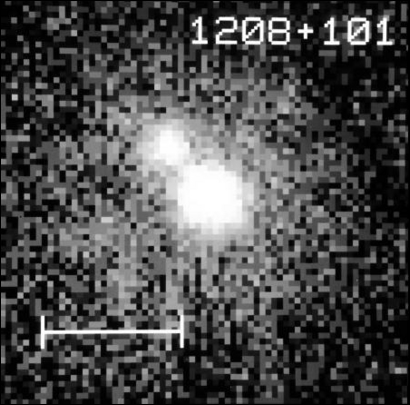 An image of the gravitational lens candidate taken with NASA's Hubble Space Telescope's Wide Field and Planetary Camera (WF/PC) in PC mode, on 23 December 1991. The HST picture shows that the quasar actually consists of two images. HST observations to be made this winter will show whether this is a gravitational lens or a chance superposition of a star in our own galaxy and a quasar. The bar in the lower left represents one arc second (the diameter of a penny seen at about two miles) which is the typical resolution of ground-based telescopes.
View »
4-Oct-2022 20:17 UT