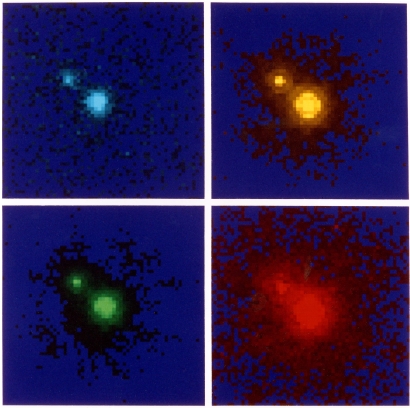 NASA's Hubble Space Telescope (HST) color views of the distant quasar 1208+101 indicate that its image has been split in two by a gravitational lens. The quasar was first observed with HST's Wide Field/Planetary Camera in July 1991 as part of the Snapshot Survey for gravitational lenses. The Snapshot Survey consists of short (about four minute) exposures of several hundred very bright, very distant quasars with the Wide Field/Planetary Camera. Current theories of gravitational lensing suggest that several of these quasars should be seen as multiple images with separations smaller than can be seen in ground-based observations.
View »
9-Feb-2023 02:34 UT