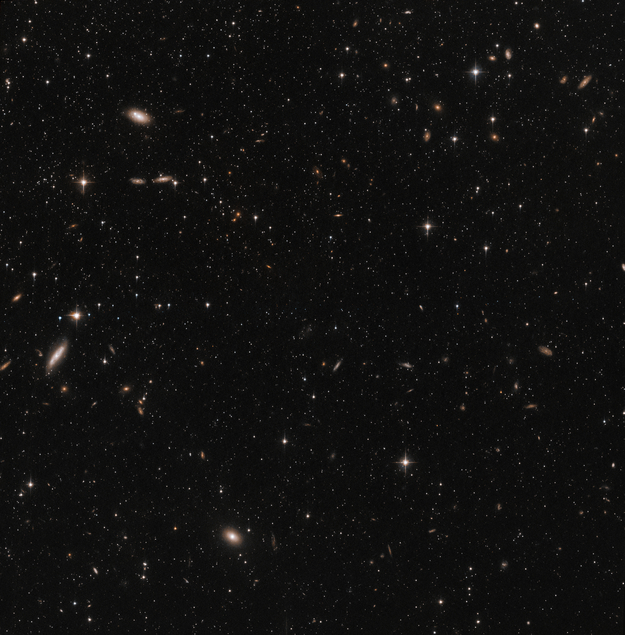 This image shows a small part of the Sculptor Dwarf Galaxy, a satellite galaxy of the Milky Way, situated only about 300 000 light-years away from Earth. This is one of two different pointings of the telescope that were used in a study combining data from the NASA/ESA Hubble Space Telescope and ESA's Gaia satellite to measure the 3D motion of stars in this galaxy.