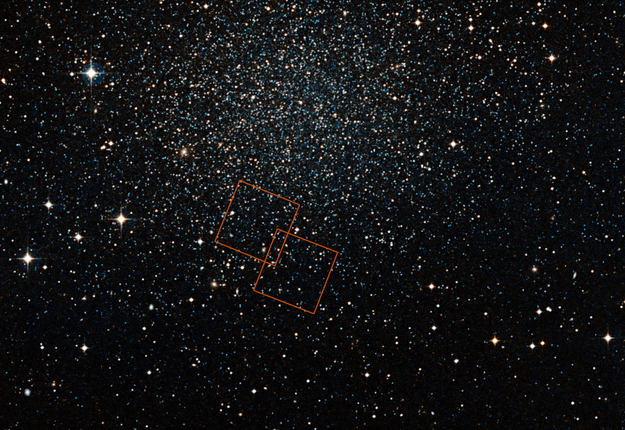 This image shows the Sculptor Dwarf Galaxy as it is seen from the ground with the Digitized Sky Survey 2. The two insets show the two pointings of Hubble that were used in the latest discovery, using data from both the NASA/ESA Hubble Space Telescope and ESA's Gaia satellite.