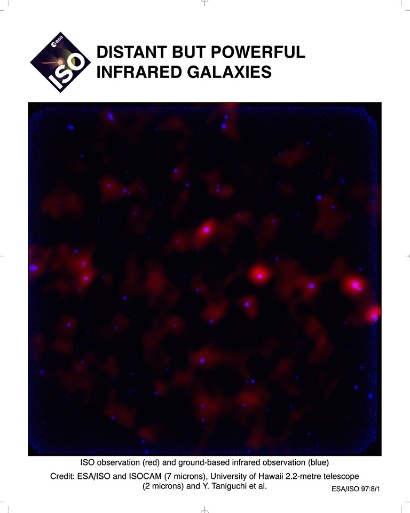 Intense infrared emissions detected by ESA's Infrared Space Observatory ISO tell of feverish episodes of star-making in progress in far-flung galaxies. ISO's observations at an infrared wavelength of 7 microns are depicted in red in this image. They are superimposed on blue spots which represent detections of galaxies at a near-infrared wavelength of 2 microns, using the ground-based 2.2-metre telescope in Hawaii.
View »
8-Dec-2022 09:56 UT