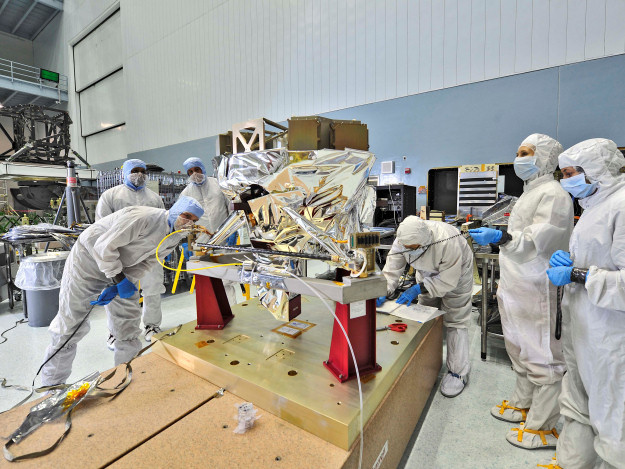 The MIRI cleanroom huddle: Although it appears that these six contamination control engineers are in a huddle around the James Webb Space Telescope's Mid-Infrared Instrument (or MIRI), they are conducting a receiving inspection. Engineers from the European Space Agency are wearing blue hoods, and engineers from NASA's Goddard Space Flight Center are wearing the white hoods. As part of the standard receiving inspection, they are looking for the tiniest traces of dust or contamination which would have to be remedied because cleanliness is a priority for such a sensitive instrument; MIRI passed its inspection review.