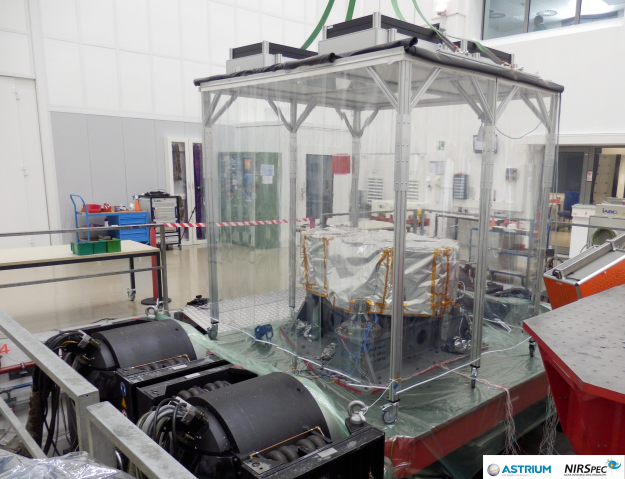 JWST's Near InfraRed Spectrograph (NIRSpec) acoustic and vibration test campaigns were undertaken at the IABG test facility in Germany by EADS Astrium. During the tests, NIRSpec was exposed to vibrations and sounds that mimic the conditions it will experience during the launch onboard an Ariane 5.

The silver coloured multilayer insulation with orange tape is a protective cover over NIRSpec. This cover remains in place during flight. The instrument is bolted to a large vibration table ("shaker") under a portable cleanroom tent.

After these harsh tests, NIRSpec was inspected for damage – none was found. The optical alignment  was also checked, and found not to have changed.