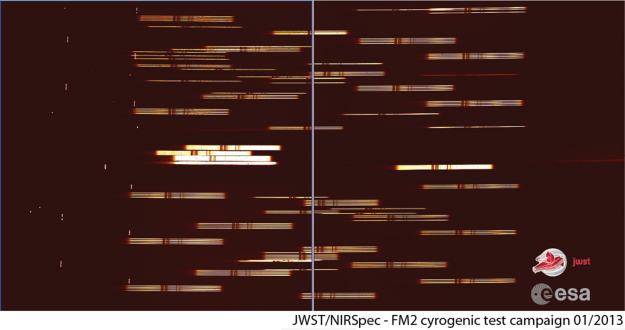 This image shows a NIRSpec test exposure obtained during this test campaign. Each line corresponds to a spectrum. All of these spectra were obtained simultaneously using the multi-object spectroscopy mode of NIRSpec. The dark stripes correspond to absorption lines in the spectrum of the source – this is similar to what can be observed in the stellar spectra.

The test campaign demonstrated that the instrument behaved extremely well when used at its operating temperature of close to 40 Kelvin (-233 degrees Celsius). This is the temperature it will experience once in space.