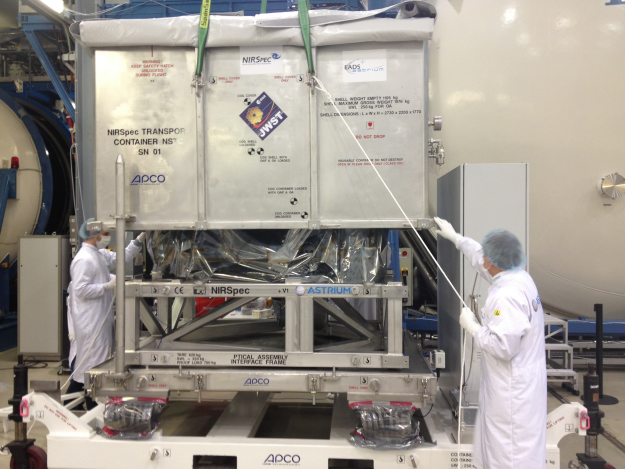 JWST's Near InfraRed Spectrograph (NIRSpec) cryogenic and vacuum test campaigns were undertaken at the IABG test facility in Germany. This shot shows engineers at IABG lifting the cover off a transport crate containing NIRSpec. The springs, in bags with red tape on them, separate the two APCO transport structures and isolate the NIRSpec box from vibrations and shock during transport. NIRSpec itself can be seen wrapped in grey foil-like multilayer insulation.