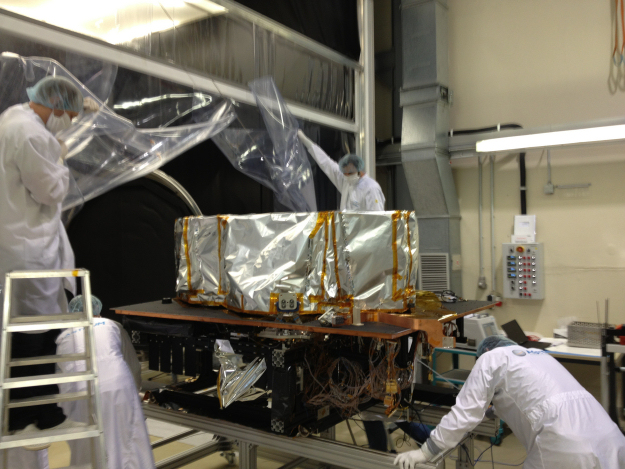 JWST's Near InfraRed Spectrograph (NIRSpec) cryogenic and vacuum (cryo-vacuum) test campaigns were undertaken at the IABG test facility in Germany. This photo shows NIRSpec on its support table being rolled in to the cryogenic test chamber. The wheels of the table roll on tracks, which the scientist on the right has his hands on.

Two engineers hold open the clear sheeting of the "clean tent" . This creates a small cleanroom.

The silver circular door frame of the cryogenic chamber can be seen on the left, behind the clear sheeting.

NIRSpec is wrapped in the protective multilayer insulation (MLI) - a silver colour with goldish tape. This stays on NIRSpec when it is in space.