Final photos are taken as NIRSpec is prepared for shipment

Final photos are taken as NIRSpec is prepared for shipment 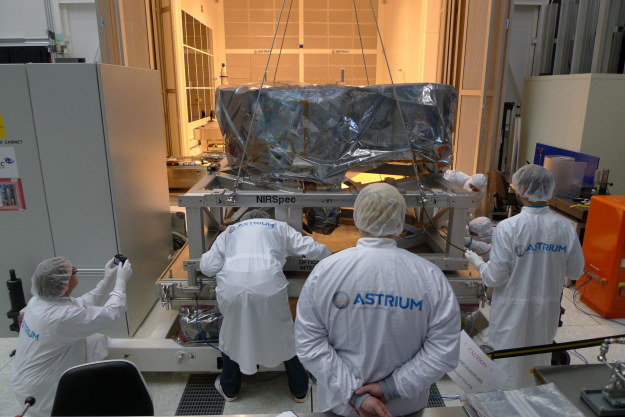 Staff from EADS Astrium, the prime contractor for NIRSpec (the Near InfraRed Spectrograph), prepare the instrument for shipment from Germany to the United States where it will be integrated into the James Webb Space Telescope. The instrument flew from Munich to Baltimore, arriving early on 20 September.