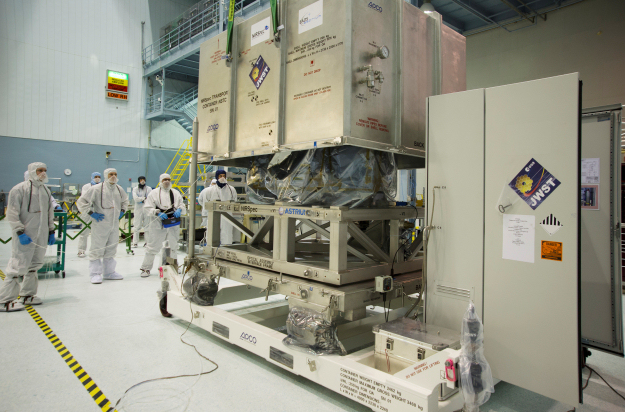 NIRSpec, (the Near InfraRed Spectrograph), pictured in the Space Systems Development and Integration Facility (SSDIF), shortly after arriving at NASA’s Goddard Space Flight Center on 20 September 2013. The lid of the NIRSpec transport container is being removed; the instrument – wrapped in its transport 'cocoon' – can be partly seen.


NIRSpec is built by European industry to ESA's specifications and managed by the ESA JWST Project at ESTEC, the Netherlands. The prime contractor is EADS Astrium GmbH in Ottobrunn, Germany. The NIRSpec detector and MSA subsystems are provided by NASA's Goddard Space Flight Center.