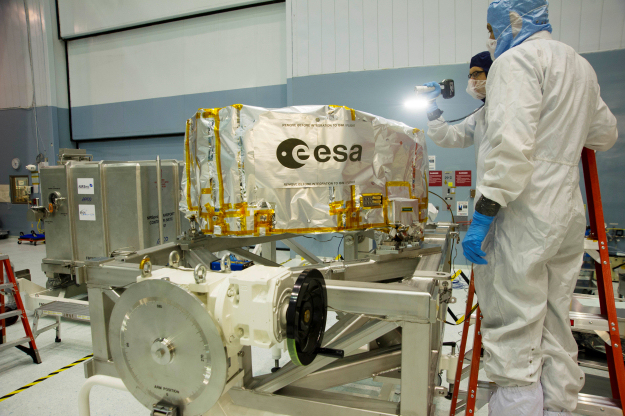 NIRSpec, (the Near InfraRed Spectrograph), pictured in the Space Systems Development and Integration Facility (SSDIF), shortly after arriving at NASA's Goddard Space Flight Center on 20 September 2013.  A visual inspection of NIRSpec is being carried out, using special "Crime Lite" bright LED illumination sources. These are used to check the cleanliness and general status of the instrument after transport from the premises of prime contractor EADS Astrium in Germany, to Goddard.