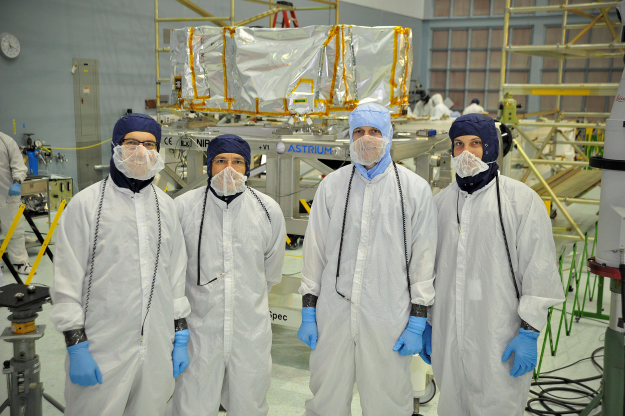 NIRSpec, (the Near InfraRed Spectrograph – visible in the background of this photograph) - arrived at NASA's Goddard Space Flight Center on 20 September 2013.