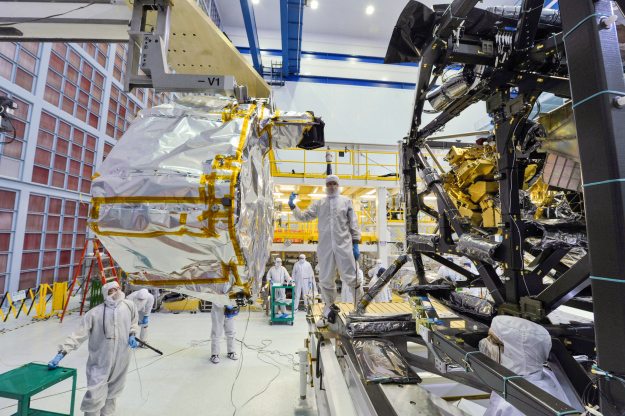 In this picture the Near InfraRed Spectrograph (NIRSpec) is mounted on the Horizontal Integration Tool (HIT) via the HIT adapter. ESA provided NASA with the HIT adapter, so that NIRSpec can be picked up and manoeuvred without damage. The strut with "–V1" written on it is part of the HIT adapter.

NIRSpec is approaching the Integrated Science Instrument Module (ISIM). As the fit is very tight, members of the team, called spotters, carefully watch the locations where interference could occur.