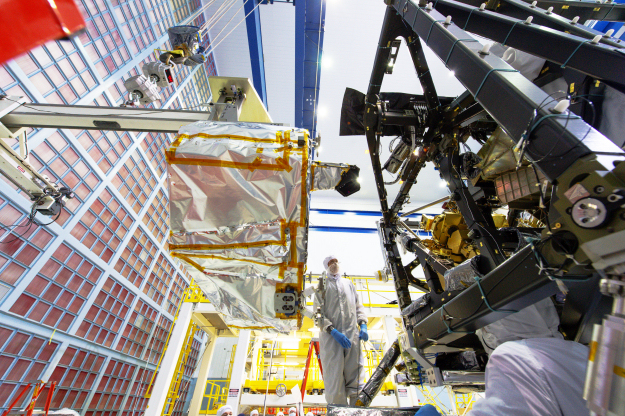 In this picture the Near InfraRed Spectrograph (NIRSpec) is mounted on the Horizontal Integration Tool (HIT) via the HIT adapter. NIRSpec is approaching the Integrated Science Instrument Module (ISIM). As the fit is very tight, members of the team, called spotters, carefully watch the locations where interference could occur. Attached to the crane, with the red numbered display, is the load cell that continuously monitors how much "NIRSpec weight" the crane is carrying. The load cell measures in pounds - NIRSpec weighs about 196 kg, which is about 460 lbs.