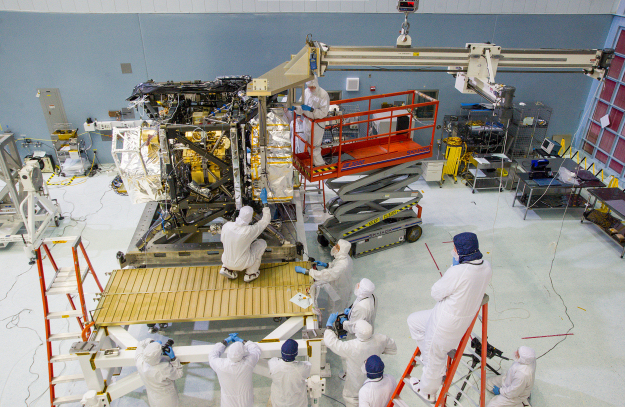 This photo shows the team members carefully guiding the Near InfraRed Spectrograph (NIRSpec) into its new home position on the Integrated Science Instrument Module (ISIM), in a cleanroom at NASA's Goddard Space Flight Center. The approach is not a straight line, due to the already installed instruments, cable harnesses, struts and heat straps. NIRSpec mechanical engineers worked out the optimum path to avoid all these obstacles using CAD software. The instrument was then taken on this path – almost like a dance.