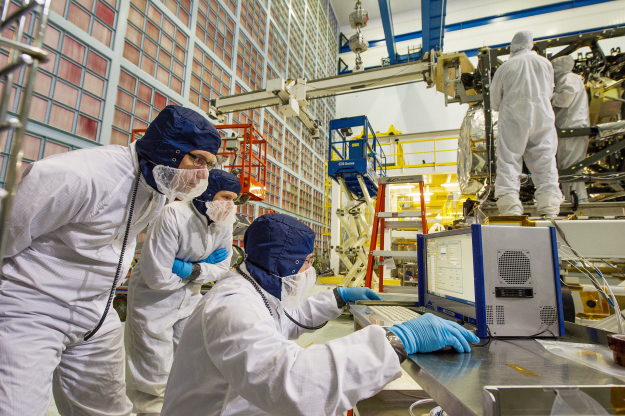 ESA and Airbus engineers watch the real time strain gauge data while the Near InfraRed Spectrograph (NIRSpec) is being mated to the Integrated Science Instrument Module (ISIM). This data indicate whether the NIRSpec kinematic mount stress levels are within acceptable limits.